The Architectural Photography from Grain Elevators and Steel 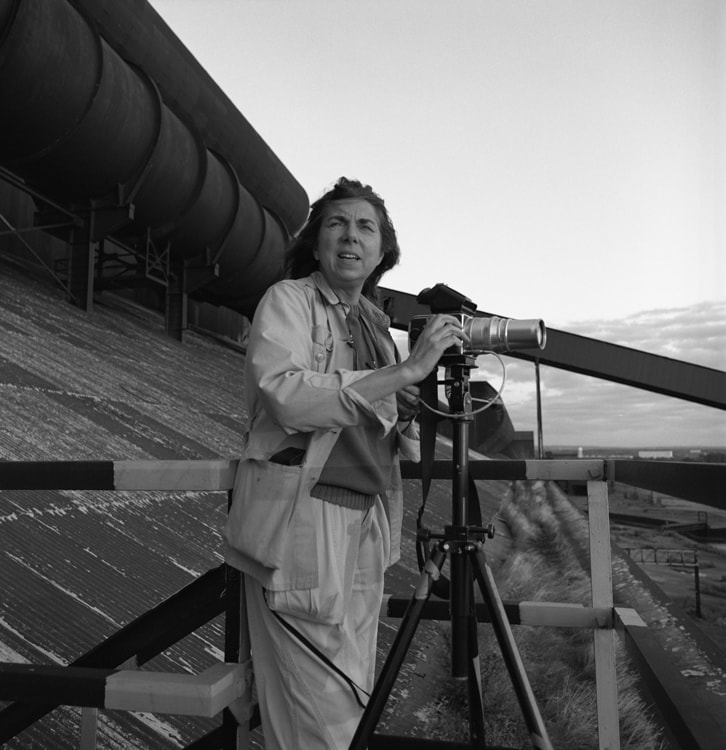 Perhaps best known for her photographs of Buffalo’s abandoned industrial architecture, Patricia Layman Bazelon was born and educated in England in 1933 and immigrated to the United States in 1961. She worked in Manhattan as a film and television producer for advertising firms until 1979, when she moved to Buffalo and began working as a freelance photographer, taking advantage of everything that Buffalo had to offer the field of architectural photography.

British architectural historian Reyner Banham commissioned her to photograph Buffalo’s abandoned grain elevators and industrial buildings for his book, A Concrete Atlantis. She fell in love with the Queen City’s industrial landscape, and was given permission to photograph the Bethlehem Steel Plant during its reclamation in 1988. She became the chief photographer for the Brooklyn Museum in 1988, and continued to frequently visit and photograph Buffalo until her untimely death in the summer of 1995.

Patricia Layman Bazelon’s architectural photography can be found in many collections, including the Burchfield Penney Art Center in Buffalo, NY; the George Eastman House International Museum of Photography in Rochester, NY; the West Collection in St. Paul, MN; the Castellani Art Museum in Niagara Falls, NY; and the Brooklyn Museum in Brooklyn, NY.