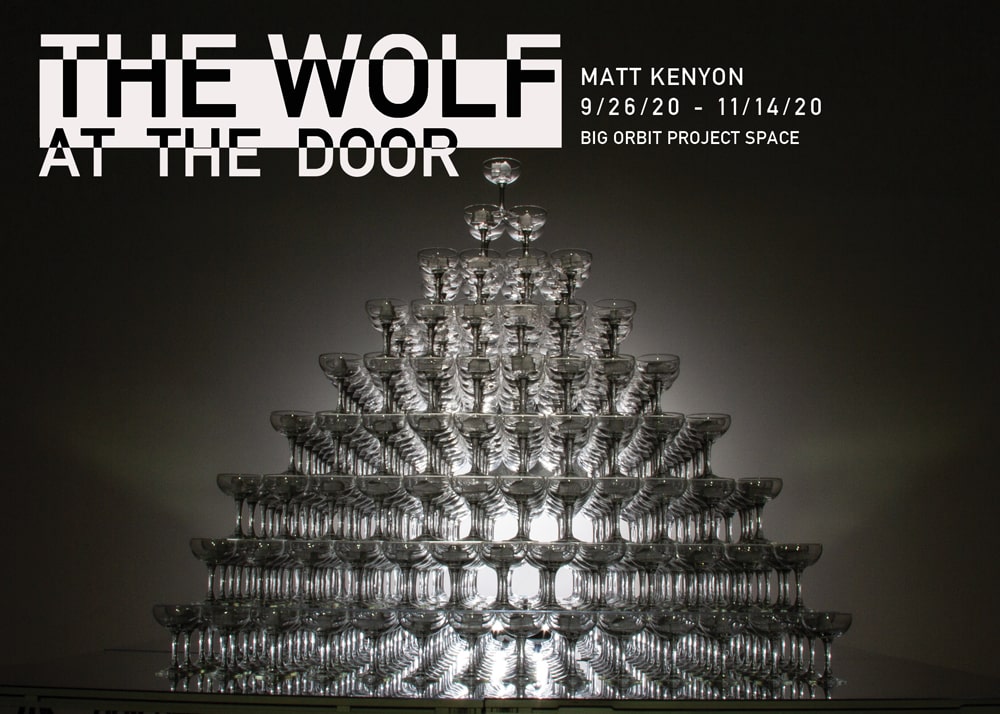 AN EXHIBIT BY MATT KENYON

The Wolf at the Door is a collection of Kenyon’s recent works, many of which reflect upon and critique the language of market forces, and the way banks and corporations leave individual human experience out of the metaphors they use. The Wolf at the Door asks what euphemisms like a “debt waterfall” or a “key investment” would look like if they reflected the human stories they have unleashed.

Matt Kenyon is a new media artist who lives and works in Buffalo, New York, where he is an Associate Professor in the Art Department at the University at Buffalo. Kenyon is also part of PLATFORM, a socially engaged design studio in the UB Department of Art. Kenyon’s work has been exhibited internationally and collected by institutions including the Museum of Modern Art in New York. He has received a number of awards including the distinguished FILE Prix Lux Art prize. His work has been featured in mainstream publications such as Wired and Gizmodo, and has also appeared in edited volumes such as A Touch of Code (Gestalten Press) and Adversarial Design (MIT Press).

Kenyon’s art practice SWAMP (Studies of Work Atmosphere and Mass Production) focuses on critical themes addressing the effects of global corporate operations, mass media and communication, military-industrial complexes, and meditations on the liminal area between life and artificial life. SWAMP has been making work in this vein since 1999 using a wide range of media, including custom software, electronics, mechanical devices, and living organisms.

For more info about Matt Kenyon and his work, visit www.swamp.nu.

Press for The Wolf at the Door