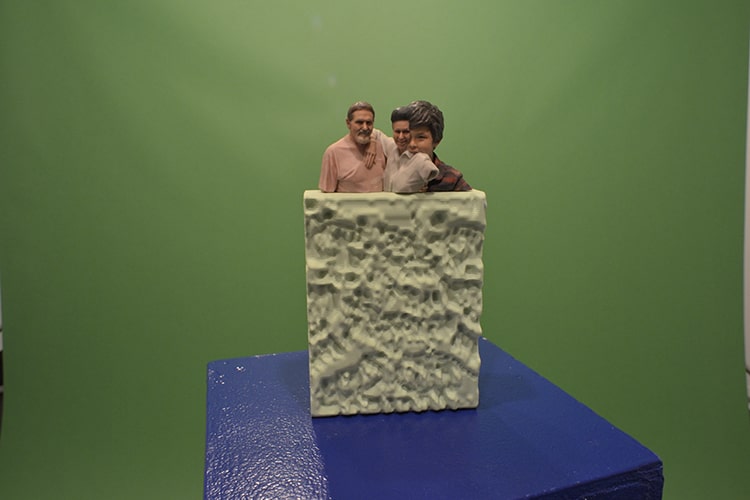 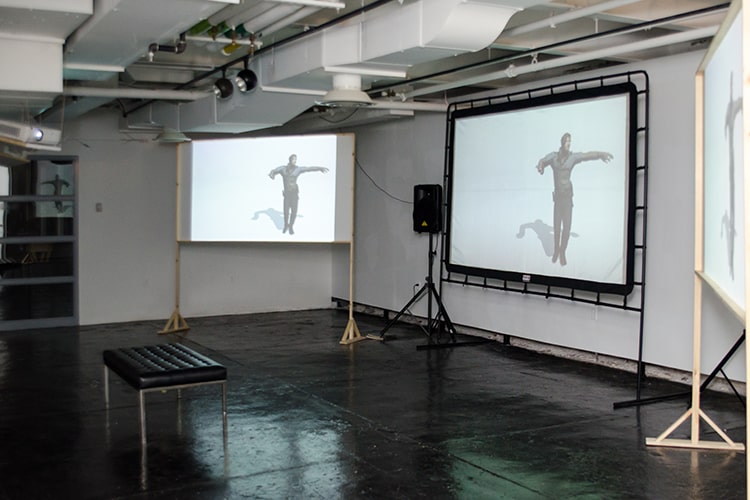 PROXYSELF: An Implosive Point of Infinite Density Emerges from Outlines Smashed into the Basement of Life by Shane Farrell

Shane Farrell uses technology to transgress the boundaries between URL and IRL, between the second, third, fourth and even fifth dimensions, and between academia and insanity. It is both DIY and DFW (Down For Whatever). His practice attempts to dismantle overly utopian technological musings in favor of a more embodied perspective, standing in stark contrast to the dominant neoliberal tech-ideology of our time. The work merges alternating moments of near-psychedelic sensory overload with a meditative calm in order to create a productive confusion–one that implies a reconsideration of assumptions and produces an opening for ideological reformatting.

PROXYSELF: An Implosive Point of Infinite Density Emerges from Outlines Smashed into the Basement of Life uses the technology of the 3D body scan to create new political possibilities and potentialities. Through the merging of the near past and near future, the work exists in an uncanny alter-present in which new types of flux are consistently possible. The scan, stolen from a multinational tech corporation, is used not as an image of the self, but as a proxyself, an alternative not-quite-self that can act in place of the “real” self. By virtue of acting by proxy through the husk-object self of the scan, new possibilities and new types of policing open up in equal measure. Digital narcissism and the self-reflexive echo chamber of social media are pushed to such extremes that they transmogrify into something else entirely. The proxyself is a networked disappearance from the typical strict confines of representation and identity. It is a strategic maneuver that creates a liminal space from which a cryptographic ecology of non-identification can emerge.

Shane Farrell is a multidisciplinary artist hailing from the Philadelphia area. He studied at Brown University and the Rhode Island School of Design during his undergraduate education and is currently receiving his MFA from the University of Buffalo. He has shown throughout the North East, largely working within alternative venues and DIY contexts. At some point in the future he will be dead.