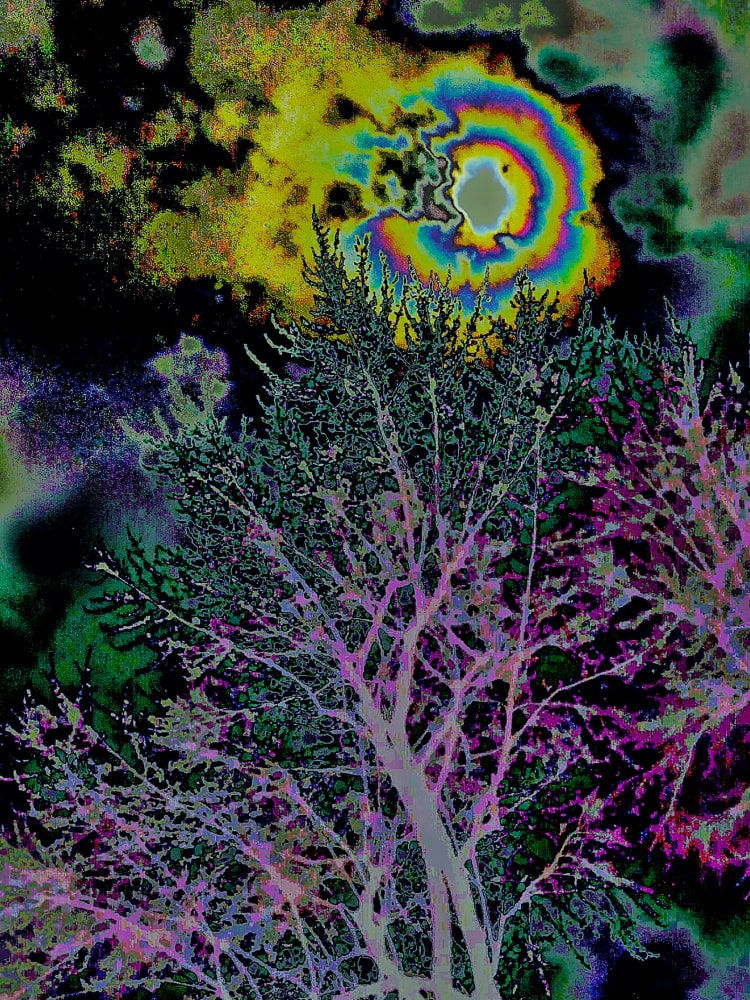 Rodney Galarneau grew up in the wilderness of northern Canada influenced by the natural world around him and his mom’s nurturing of the creative process with her own talent with a box camera. That experience has influenced his photography ever since.

At the Illinois Institute of Technology he worked under photo greats Harry Callahan and Aaron Siskind and his photographs have been published in the national poetry magazine Choice and exhibited at the Chicago Art Institute. His photos of Chicago architecture were turned into a poster in the collection of the Museum of Modern Art.

His recent photography explores the intersection of nature and technology. A frequent visitor to CEPA’s digital lab, Rodney brings his photos of nature one step further on the computer. He explains:

“Trees have been my focus most of my adult life, but looking for more of a synthesis of the natural world I started to include clouds and sun. With digital photography the natural world unfolds before me. From my work with the sun I am intrigued with what appears as a contradiction; the camera imposing itself in the image, not just on the periphery but at the very core of the subject.”

He credits artist Arthur Dove, a painter of last century, who inspired his journey. And with a quick look at Arthur’s rings of color representing the setting sun, you can see why.

Opening Images for In Thy Light We See Light

Images for In Thy Light We See Light