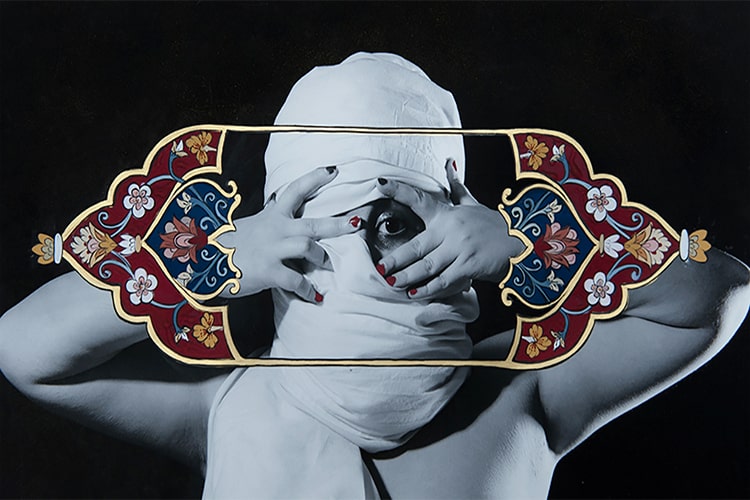 FORGING AMERICAN: ART IN THE WORKINGS OF AN ASIAN AMERICAN RUST BELT

“‘You can’t be American. You look too Chinese,’ he told me. ‘But,’ he concluded with a shrug, ‘whatever you say.’”
– Natalie Quan,
“The No Man’s Land of Asian American Identity”

CEPA Gallery’s Big Orbit Project Space is pleased to present Forging American: Art in the Workings of an Asian American Rust Belt, curated by Van Tran Nguyen and Natalie Fleming. Forging American is a survey exhibition exploring relationships between contemporary Asian American identity and settlement in our Rust Belt cities from seventeen artists working in a variety of styles and media. An opening reception will take place on Friday, September 8, 2017 from 8-11p at Big Orbit.

On June 19, 1982, Chinese-American Vincent Chin was struck over the head with a baseball bat while celebrating his bachelor party in a suburb of his hometown, Detroit. The two white men who beat Chin to death assumed that he was Japanese and therefore responsible for the loss of their jobs in the automobile industry. The white judge who oversaw the resulting court case sentenced the men to three years probation, reasoning: “These weren’t the kind of men you send to jail… You don’t make the punishment fit the crime; you make the punishment fit the criminal.”

These events reveal the limitations of the American imagination concerning both lives like Chin’s and cities like Detroit. As the term “Asian American” suggests, his distinct ethnic background is erased, while his physical features disallow for the recognition of his American birth. Likewise, the complexities of Detroit and other cities known for declining populations, failing factories, and aging infrastructure, are reductively labeled “Rust Belt,” perceived as failures to produce and thrive. Looking for hope, Rust Belt officials have increasingly promoted Asian migration as a source of potential renewal. Such welcome, however, is often framed through economic incentive, with expectations that the new residents will live up to a stereotype of the model minority. Today, Asia is the leading source of U.S. immigration, but the resulting negotiations of space and identity remain all but invisible on a national level.

In our current political climate, with its obsessive impulse to define and exclude those deemed un-American, it is crucial that we attend to those who voice experiences outside of our stereotypical immigration and assimilation stories.