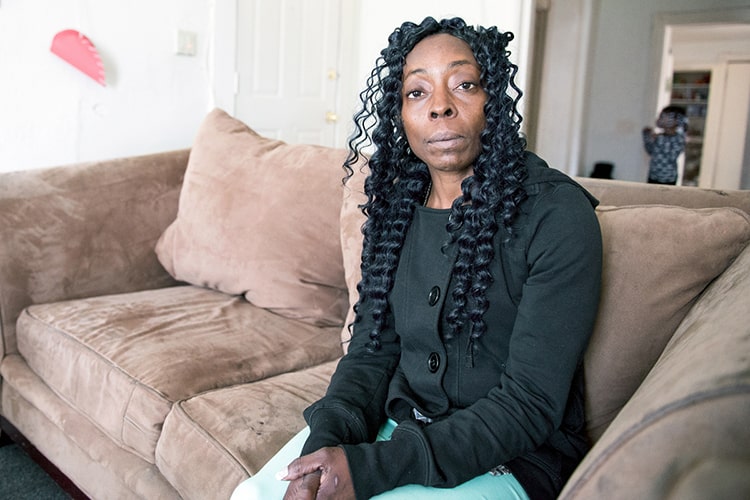 CEPA Gallery is pleased to present COMING HOME: Reentry After Incarceration, a collaborative photo-essay documentary exhibition illuminating the challenges and insights of returning citizens. Photographer Errol Daniels and writer Katherine Russell bestow a humanization counter to criminal justice statistics, ultimately depolarizing what the public sees in those who are returning from prison. There will be a reception on Saturday, July 28 from 1:30 – 4:30 pm with an artist talk by Errol Daniels at 2 pm followed by panel discussion on the topic “Community Approaches to Fostering Reentry Success.” This event is free and open to the public.

Read the review in the Public

By personalizing the stories of individuals as they re-enter society, Daniels and Russell encourage others to remove barriers that lead to recidivism and to shift the tone toward restorative, rehabilitative approaches. The images and stories highlight the vast number of barriers from housing and employment discrimination, to the little things such as learning how to use a computer or drive a car, which work in concert to prevent success after incarceration. It is critical to acknowledge the troubling state of our criminal justice system and its poor outcomes, as well as its disparate impact on people of color and the economically disadvantaged. In many respects, ordinary onlookers may see themselves in this group of returning citizens, but the subjects’ stories of overcoming their past are extraordinary. Daniels and Russell followed each of their twenty-two subjects to document their return to their communities in Western New York, Washington, D.C., and New York City from November 2016 – February 2018. The essays that accompany the images contain a range of reflections on reuniting with family, making changes inside and outside of prison, finding and retaining work, coping with traumas from childhood and imprisonment, addressing the effects of institutionalization, and shedding the stigma of being an “ex-prisoner.”

COMING HOME: Reentry After Incarceration is a series of still photographs and essays documenting formerly incarcerated people as they return to society. This project humanizes criminal justice statistics and portrays the challenges of post-incarceration life through word and photograph. By personalizing people’s stories as they re-enter society from jail or prison, we hope to encourage others in the community to remove barriers that lead to recidivism and shift the tone toward restorative, rehabilitative approaches.

The chances of a former offender being rearrested within five years of release from state and federal prisons are 76.6% and 44.9%, respectively. Circling these statistics are questions of blame. Do these abysmal numbers indicate stagnancy in the formerly incarcerated population and an inherent inability to change, or do they show that our criminal justice system is failing to rehabilitate and prepare for life on the outside? Do these statistics call for harsher sentencing practices, or do they point to the barriers created by a stigmatizing, “tough on crime” culture?

Research points to a vast number of barriers from housing and employment discrimination, to the little things such as learning how to use a computer or drive a car, which work in concert to prevent success after incarceration. Reintegrating with society after serving a prison sentence comes with countless challenges. Many returning citizens are without families or any support systems; many have no sense of identity in the modern world after fifteen, twenty, or thirty-plus years behind bars. They are frequently discriminated against, feared, ignored, or all of the above. Those with loving families to support them, coupled with the ability to find a job and housing, are best suited for success.

COMING HOME recalibrates what the public sees in this population. It peels at the labels that are unforgivingly affixed to former offenders: criminal, ex-con, low life, gangster, thug. From a practical standpoint, our choice to focus on this population acknowledges the fact that most incarcerated people will re-enter society, and it is critical to understand their stories when we talk about preventing further crime and victimization, especially considering the current outcomes of our criminal justice system. This project should also prompt discussion on the collateral consequences of imprisonment, as well as its disparate impact on people of color and people who are economically disadvantaged.

In total, we have photographed and interviewed twenty-three returning citizens during their post-release journey in Buffalo, NY; Washington, DC; and New York City to capture their internal and external tribulations and successes.

The truth we want our community to see is that ultimately, former offenders are people who face similar human challenges, fears, and ambitions as anyone else. They have endured losses, they struggle to keep their families together, and many earnestly apply themselves to seize their renewed chance at life. Our goal is to chip away at societal attitudes and show each returning citizen’s humanity, as well as highlight how many are uniquely contributing to their communities post-incarceration.