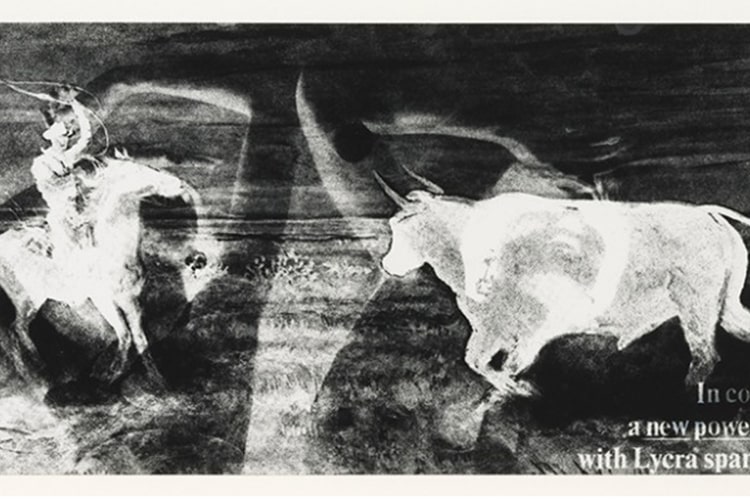 September 11, 2014 The Vast Universe Between the Artist’s Eye and the Artist’s Hand: Transformational Imagemaking

Like one of those long forgotten masterpieces discovered in the attic of an old home, exhibitions of this magnitude are rare in Buffalo. CEPA is incredibly pleased to have the opportunity to exhibit such an extraordinary group of works by an equally extraordinary group of artists. Robert Hirsch’s dogged, almost obsessive approach to curatorial practice has resulted in the construction of an artistic lineage whose inherent photographic practices are in no way bound by the frame of a viewfinder, the edge of a negative, or the imagined borders of a sheet of emulsified paper.

Hirsch’s proposed lineage finds Robert Heinecken, currently the focus of major retrospectives at both the Museum of Modern Art and the Hammer Museum in Los Angeles, and whose groundbreaking worked served to reimagine the landscape of the photographic arts, as the driving force behind reshaping perceptions about photography as a viable art form; something that the medium struggles with even to this day due to its pervasiveness and accessibility in the digital age. The arc follows Heinecken’s and Darryl Curran’s early experiments on the West Coast to the East Coast where Nathan Lyons’ and Peter Bunnell’s bold curatorial efforts in Rochester fashioned new movements, broke down barriers, and greatly expanded the definition of the medium.

Transformational Imagemaking spans over a half century of work ranging from the earliest artists of this movement to contemporary practitioners of handmade photographic art. Over 140 works by over 40 artists, including the complete folio of Heinecken’s groundbreaking series Are You Rea, will adorn nearly every square inch of our Market Arcade gallery walls.

An opening reception featuring curator Robert Hirsch, along with some of the featured artists, will take place on Friday, September 19th 2014 from 7pm to 10pm at the Market Arcade in Downtown Buffalo.

The exhibition will be on view through Thanksgiving and is free and open to the public.